A touch of peace and quiet in downtown Reykjavik

T he central downtown area of the capital of Iceland has changed quite dramatically in the last few years with the sudden burst of tourism. Before it was not too hard to find relative peace and quiet in spite of everything here but that´s getting very much harder.

But there is one exception. A few steps away from the central square at Austurvollur you´ll find the Iceland equivalent of the famous Pére Lachaise cemetery in Paris.

It is known as Holavallagardur locally but the full name is Holavallakirkjugardur which translates as the Cemetery at Holavellir. It is the oldest cemetery in Reykjavik and if you are not afraid of the dead or afraid of disturbing the dead it is a fantastic place to gather one´s thoughts without constant city noises.

Now, the comparison with Pere Lachaise is a bit far-fetched in reality. No world famous legends of history are buried here like in the French one but a lot of names on headstones here will be familiar with locals. But what is important is the ambiance. Tiny worn down paths between some of the oldest trees found in the whole country. Moss covered headstones and plants found nowhere else in the capital create a lovely oasis. Even if only to throw your backpack off for a few minutes. Recharging here is easy.

In case you missed it

The curious case of the extreme highland farm in East Iceland

A wicked place in a friendly village in Iceland 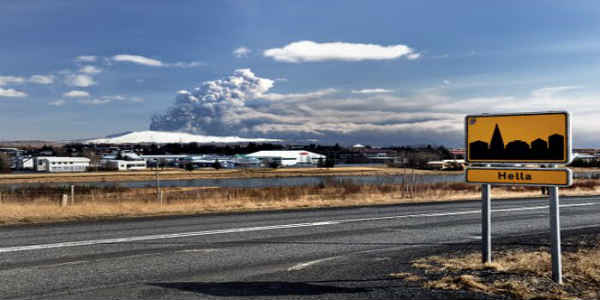